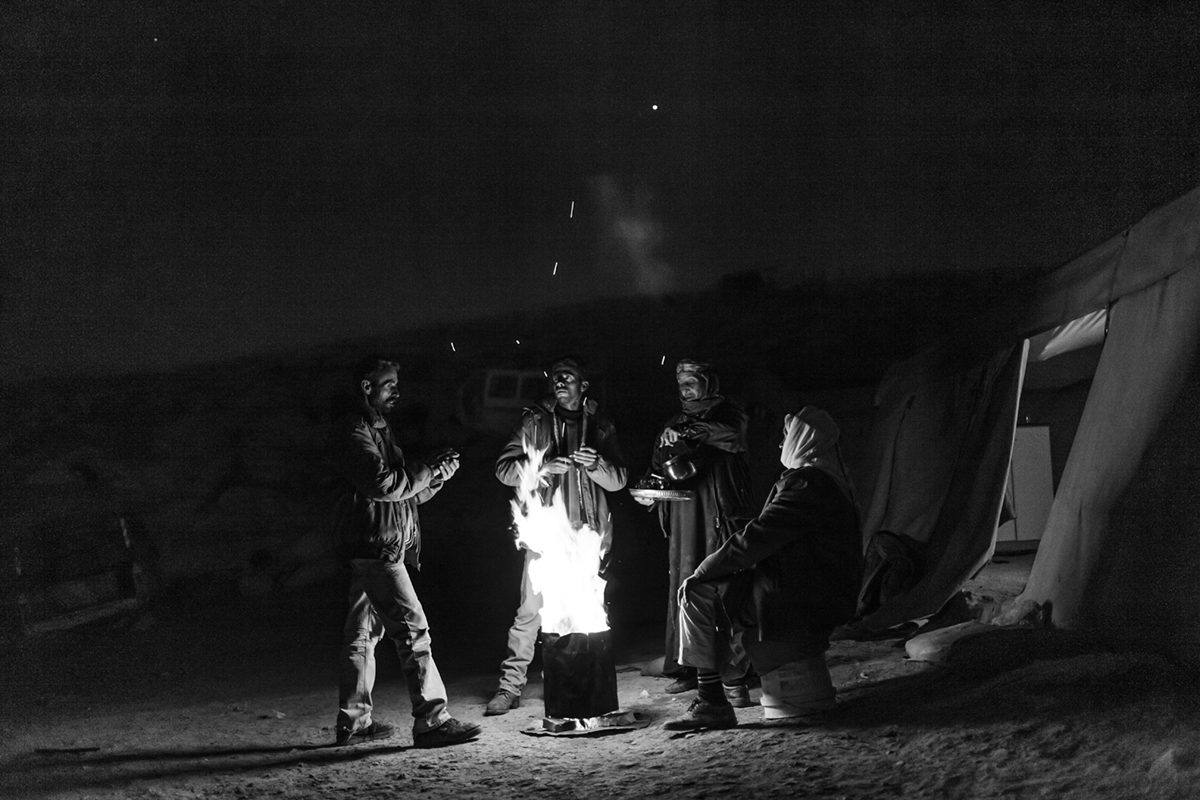 Ali Awad from the village of Tuba tells a story about an electrifying friendship. The original interview can be found in Arabic here. (2016)

My name is Ali Ibrahim Ali Awad. I am from Khirbet Tuba (Cer-bet Too-bah). I want to tell you about the electricity project. When I first met Elad and the team from the electricity NGO Comet ME, I had my doubts about the project because I didn’t know the people and it usually takes time before you get to know people and start trusting them, especially if they are Israeli. Bit by bit we started knowing them and saw that they came to help us and started loving and trusting them. Ezra (Nawi) from Taayush told me that they want to start a solar panel project to produce electricity and they asked for our help.

They said they needed a place for the Palestinian team to stay and have breakfast and dinner at, as the project was made from a Palestinian team that was all volunteers and from a foreign team that had foreigners and Israelis. I told my neighbors and they happily agreed to help. We have a cave here and it is where the Palestinian team was going to sleep. We brought furniture and prepared everything. This was on January 8th, 2010, six years ago. We dug holes in the ground to put up the solar panels. Within one and a half hours we put up three solar panels and already had electricity. We connected them to six batteries.

What was beautiful about the project is that the two teams would work during the day and gather around at night. We were about 20 people. Our guide would give his impressions about the work and then we would hang out together until ten or eleven o’clock at night.

At the end of the project the team wanted to throw a party, a simple party with some fruit and some vegetarian food. There were around 100 people at the party, maybe even more. It was a beautiful party and it lasted for 5 or 6 hours.

In the evening, Elad and Noam stayed over with the rest of the engineers. Elad left a bag at my mother’s house during that period of time and she kept it for him. A real friendship started between us, and when they greet each other, they do it very warmly.

Elad brought his wife to us to visit and we went to see a female camel while she was giving birth. My mother asked Elad’s wife how come she doesn’t have a child, and she answered that she’s not thinking about having one. So my mother called Elad, whom she felt comfortable around, since he lived with us and asked him how come he still doesn’t have a child. He answered that they’re not planning one. She told him that he’s a grown up and one has to have a child early.

A while later, he called me and said that Hagit is pregnant. He said that it was my mother’s idea because they didn’t think about it until my mother mentioned it. When the baby was 5 or 6 months old, they brought him here and they stayed for a night. The baby spent the night with my mother and was happy. Elad was also happy. He was happy to have a child and was happy with my mother’s idea. She’s 65 years old, and she encouraged him to have a baby.

I had a permit to visit Israel and Elad used to live in Bet Shemesh. Once I went to his house while fasting during Ramadan. I stayed at his house and he woke up at 3 in the morning to make me a cup of tea and prepared me a meal before I started fasting.

I am very grateful to all of them, and I’m grateful to God to have given me the chance to meet such people and become their friend. I won friendship and love, and also a project that benefitted the area. I also hope that you’ll become my friend too.