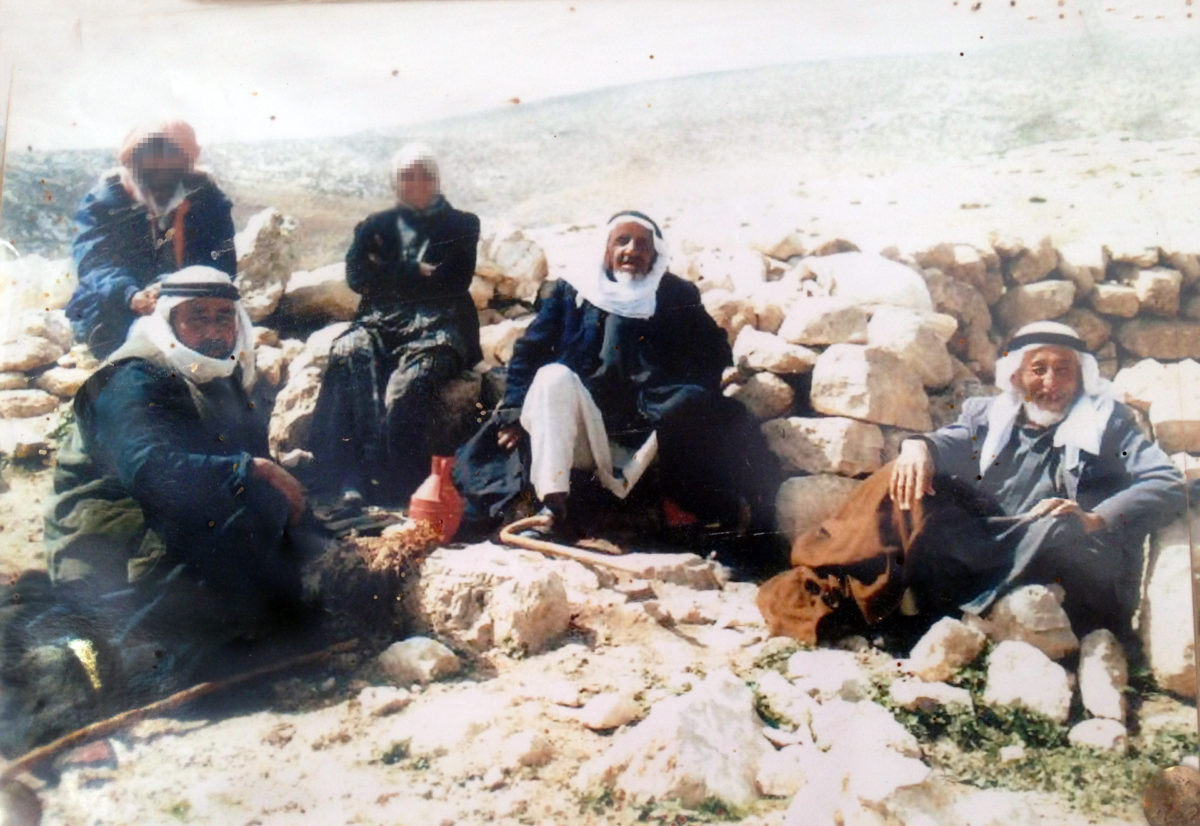 A.B from the village of Jinba

Interview with A.B. from the village of Jinba. For the original interview in Arabic go here (2016)

We have lived here for very long time, and we have also suffered here. We’ve had some rough years here because the occupation would not leave us alone. The occupation forces apply a lot of pressure on us in order to expel us from Jinba, but we insist on staying here because our history and our land is here and we will not give it up so easily.

During the Canaan (Cain-nan) period, Jinba was a trade town connecting East and West. Egyptian traders used to pass through here, and it was prosperous. When my grandfather and father were still alive, the village had about 60 houses, like the ones you see here. During the occupation in 1948 most of these houses were bombed and destroyed in order to expel their owners. They also tried to expel people from here in 1954 and killed four camels and four men. The owners stayed in the houses until they tried to expel them again in 1985.

In 1985 the Israeli army came here with bulldozers and flattened everything. In 1999 and 2000 they did it again. Our parents and grandparents used to live in caves that still exist. But the occupation insists that we don’t have the right to live above the ground or under the ground; they just want us out.

My grandfather lived for 84 years, he was born in one of the caves here. When he was 18 or 20 years old, during the Ottoman rule, soldiers came to him and asked him to join the army. His camel was with him and he was on his way to feed it in the mountain. He tied his camel by the mountain over there and went with them to the army. He had been in the army for 2-3 days when the Ottoman rule came to an end and he was released. He came back to the mountain and found his camel still in the same place so he took it and went back home with the camel to his mother, his father being already dead.

My father lived all of his 92 years in Jinba. People were happy with their life here, they used to work on the land and make a living from it. This land was occupied in 1948 and until then it belonged to us, to our village. There were three grocery stores in the village, and there were also carts that people used to sell goods. The village set an example to other villages.

I want to tell the free world, the people living in hotels and apartment buildings, that while they are living a normal life, others are still living in caves, and this government and this country does not want us to even live in caves. They are preventing us from making a living. Our houses are no bigger than five meters by five meters and they have a ceiling made of tin. This is where we live and raise our children, and the Israeli army comes chasing us with military equipment and destroys our homes. They make babies homeless. You have no idea what it feels like when your home is demolished.

And the others? They’re building settlements on lands that are not theirs and every day they build something new for themselves, while using excuses to expel us such as “no building permits” or “it’s against the law”. What law? Aren’t their settlements against the law? They’re giving themselves permits according to their laws, they take the land with force, expel its people and build settlements there. How is that legal while this isn’t?

We ask God to make our lives better than they are today, to fix this and give us better lives. Even the small children are fed up. Praise God! What else can I say?